These are the transcripts for The Morning Brew for December 9-11.

In the Gaza strip, two Hamas members were killed early Saturday. This happened after a rocket attack from Hamas. Some sources say it is in response to President Trump making good on a promise to recognize Jerusalem as Israel’s capital, a recognition that has increased tensions in the region.

Israeli Military admitted to targeting four Hamas facilities as a retaliatory strike, also admitting to the strike on Sderot without it resulting in massive casualties or a large amount of damage.  They hit warehouses and weapons manufacturing facilities. It was after this strike that Hamas found two bodies in the rubble.

The demonstrations to Trump’s recognition continued into Saturday, marking a third “day of rage”. As of this report, there were clashes in approximately 20 locations. Palestinians threw rocks at Israeli troops who responded with rubber bullets and tear gas. Israeli military has stated that firebombs and rolling burning tires from almost 600 Palestinians. A total of 13 people have been arrested for illegally protesting.

Prosecutors for the special counsel that is investigating Trump have claimed to know every word Manafort edited in an op-ed while he was under house arrest. They argue this activity under house arrest “raises serious concerns about his trustworthiness”, because Manafort was trying to start a public relations campaign to defend himself. Prosecutors are now trying to keep him confined to his home after they discovered his involvement in the drafting of an opinion piece about Ukrainian politics. This would have proven to be a violation of a judge’s order to keep from using the press to try his case. Early last week, Mueller’s office accused Manafort of ghostwriting the same op-ed with a comrade whom the office said had ties to Russian intelligence.

An attorney for Manafort argued the piece was only edited after he received it from a former Ukrainian official previously known through consulting work. The knowledge of the editing process was declared on Friday by prosecutors. Regardless of the investigation, the op-ed was published in an English-language newspaper in Ukraine. This was done under the byline of Oleg Voloshyn, former Ukrainian official. Voloshyn told AP he authored the op-ed in defense of Manafort and went on to insist Manafort did not aid him in any way.

Tillerson Gets an Earful About Trump in Reference to Jerusalem

Rex Tillerson, Secretary of State, was in a meeting with US allies in a meeting in Europe when President Trump announced the recognition of Jerusalem being Israeli’s capital. Tillerson ended a five-day, four-city, three country tour on Friday, but not before receiving an earful by just about every US ally, including Russia and the Muslim world. Tillerson was in the audience when Macron said the contested city “must be the subject of discussion between Israelis and Palestinians.” Though the meetings lead to agreements on North Korea and fighting terrorism, but they could not agree on Jerusalem.

Tillerson was vocal on the matter as well, saying he did agree that Trump’s declaration, one that runs in opposition to decades of US policy, has taken from the United State’s ability to be an honest peace broker in the Palestinian-Isralei conflict. However, Tillerson seemed to flip on his original statement when Trump did not agree with the general consensus of the compromising of remaining neutral, supporting the President. He urged the public to listen to the entire speech, taking into account what was said and what was implied-not written. Trump has stated he will support a Two-State solution if the Israelis and Palestinians.

Israeli and French Leaders Clash Over US Jerusalem Decision 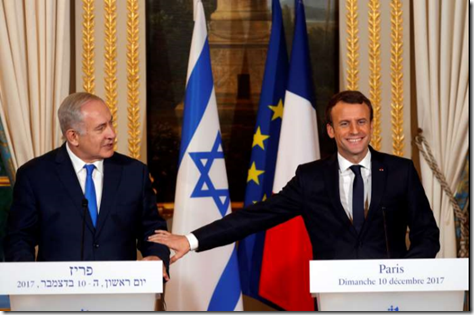 Macron met with Netanyahu on Sunday and had an exchange in reference to Jerusalem and Trump’s decision. Although Marcon stated Trump’s decision “…doesn’t seem to serve, the the short term, the cause of Israeli’s security and the Israelis themselves.” He also pressed Israel to place a freeze construction of settlements in lands that are occupied and to work for measures which will help build confidence in regards to the Palestinians. Understandably, this has set the stage for a tense meeting for Netanyahu with EU foreign ministers in Brussels.

The Palestinian President Mahmoud Abbas stated Trump’s decision has eliminated him from furthering the roll as mediator of the peace talks. The Palestinians have tried to rally Arab and other opposition to the decision abroad.

Three suspects have been arrested for being accused of lobbing firebombs at a synagogue in Goteburg, Sweden, making it the second anti-Jewish attack in as many days. There were no injuries reported in the Saturday night attack which was during a youth event at the synagogue. The incident has been linked to Trump’s recent decision on Jerusalem due to the fact there was a rally on Friday where people were yelling anti-Jewish slogans and displaying Palestinian flags.

There is a weed killer that can cause wide-spread crop damage, and Monsanto has said it will give cash back to US Farmers who have purchased it. This could offer an incentive to use the product, even though regulators in many US states have places restrictions on its use. The name of the chemical in question is XtendiMax with VaporGrip, an herbicide derived from the chemical dicamba. Monsanto is willing to refund over half the sticker price in 2018 if was used on soybeans the company engineered to resist the weed killer. Farmers say crops were harmed because the herbicide drifted to places where it was not sprayed. Though restrictions make the chemical more expensive, the incentive may help talk farmers into using it in 2018.

Clock Running Out For Trump 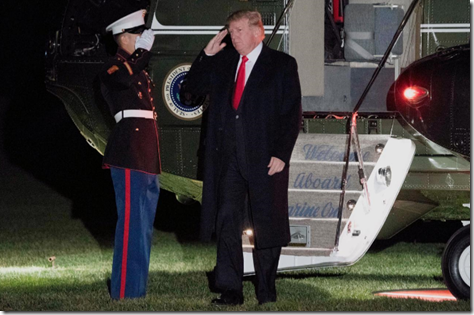 The clock is winding down on a momentous two weeks for the president and a GOP-run Congress. The Republicans are determined to bounce back from the failure that was “repeal and replace” over the summer by revamping the tax code, though many fear the code changes will benefit the rich and not the middle class. Lawmakers are in rush to complete the following agenda before December 22, 2017:

On this day the NY Pipebomb attack was breaking news and most of the sources are on the video proper.
https://www.msn.com/en-us/news/us/pipe-bomb-explodes-in-subway-passage-near-port-authority-terminal/ar-BBGzyn2

Like Loading...
‹ Trump Gets Backlash for Jerusalem, Aussies say yes to Gay Marriage, and Putin says “no” to Boycott.
What’s up in the DOJ? NY Attack Leaves Questions, and EU Will not Recognize Jerusalem. ›