This is the transcript for the news segment on The Morning Brew for June 19, 2018. The show airs Monday-Friday at 10:30 AM EST.

You can catch the edited stream on YouTube here (If not available, it’s probably still uploading/rendering):

You can also find a temporary archive on Twitch. 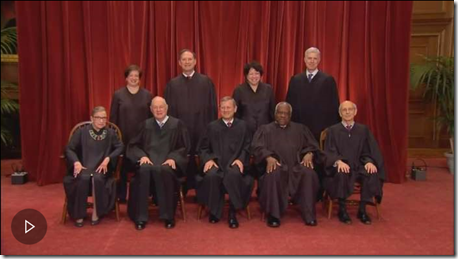 The Justices have sidestepped making a major decision on the limits of partisan gerrymandering. They instead sent the issue back down to the lower courts. What is the issue they are avoiding?

Can a district be so partisan as to be unconstitutional?

Meaning, is it possible for a voting district lean so far to one partisan line that it breaks the gerrymandering rule?

There are two cases before the courts, Wisconsin and Maryland:

Wisconsin (Gill v Whitford), while the Republicans held the state legislature, they drew the lines so their party would get two-thirds of the vote even though Democrats won the votes.

In 2016, a three judge panel ruled a map violated voter’s rights (1st and 14th Amendments) by tilting openly to Republicans. In 2012, Republicans were able to lock in 60 of the State Assembly’s 99 seats. The problem is they only had 47% of the state-wide vote.

The high court did not rule on this.

Maryland (Benisek v Lamone) drew district lines so congressional seats would go Democrat in a traditionally Republican congressional legislature. In this case in 2011, Maryland’s Democratic party diluted the Republican voting power in the district due to a revision of the sixth congressional district. A preliminary injunction was declined by a federal district court.

As you can see, the court avoided the partisan gerrymandering issue and instead passing the buck back tot he lower courts.
Source
Source 2

ZTE, the Penalties and Possible Showdown 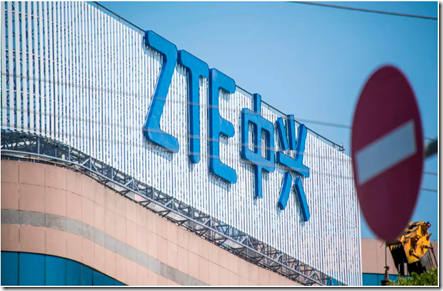 In May, Trump announced he would reconsider the ZTE penalty, which ground the company’s operations to a stand still, as a personal favor Chinese President Xi Jinping.

Earlier this month, Commerce Secretary Wilbur Ross put forth a deal that would impose a $1 billion fine and allow US compliance officers to keep an eye on the company to aid ZTE in reestablishing its business.

This deal is being put forth as President Trump negotiates trade concessions from China in order to avoid a trade war.

However, Republicans and Democrats alike say the ZTE company poses a threat to national security. It was ZTE who pleaded guilty last year to conspiracy charges that included evading US embargoes. They did this by selling US equipment to Iran. This was followed by a ban on selling US parts to China, after ZTE was caught in a lie about disciplining the executives who violated the embargo.

Senators Tom Cotton and Chris Van Hollen announced last Thursday they had no plans in place to alter their amendment to a defense authorization bill to put back in place the lifted restrictions.

The administration wants to make changes to the ZTE wording once Congress initiates negotiations to possibly merge the defense bills that are on the table.

There are many congressmen hoping to find common ground on which to build a compromise in regards to the meeting with Trump next week.
Source 1
Source 2 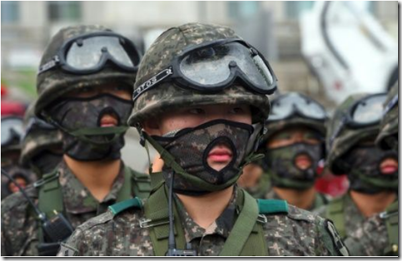 In a show of good faith following the summit in Singapore, the US and South Korea have halted their Ulchi Freedom Guardian exercises, which were slated for August. To allay concerns about joint exercises elsewhere, Pentagon spokeswoman Dana White stated,

“There is no impact on Pacific exercises outside of the Korean Peninsula.”

The Southern Korean Defense Ministry Spokeswoman, Choi Hyun-soo, said “We are expecting a corresponding measure from North Korea in response to the suspension of the joint drills.”

While Secretary of State Pompeo said he would lead the follow-up talks to narrow down the vague language in the non-binding agreement, he has also stated the sanctions will remain until North Korea completely denuclearizes.
Source 1
Source 2 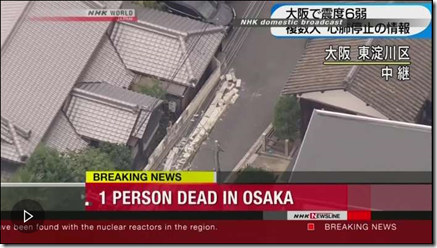 Western Japanese residents Monday had started the arduous task of cleaning up after a 6.1 magnitude quake struck the area early that day, which killed 4 and injured hundreds. It knocked over walls and set off fires in the area. It left many without utilities and grounded flights and commuter trains for most of the day.

By that night, however, public transit was back to normal, with long lines while others chose to walk home.

During the quake, many of the commuters sought refuge in shelters instead of trying to go home.

In Takatsuki, Mayor Takeshi Hamada apologized over the death of a woman due to a wall collapse stating the wall had not been built to code. Chief Cabinet Secretary of Education Yoshihide Suga ordered nationwide safety checks of concrete structures located at public schools.

In excess of 1,000 schools have been closed due to the discovery of wall cracks and minor damage.

Many resident of the area said though this was a bad quake, it was not as bad as the Kobe quake of 1995, which killed more than 6,000 people. Much of Northern Japan is still recovering from the 9.0 quake and tsumani of 2011.
Source

Until next time,
Anissa “Maddy” Mathias
If you want to support this blog and the content produced on Twitch and YouTube, please, consider tipping or becoming a patron.

Like Loading...
‹ Immigration: A look back 1790-1885
Sara Netanyahu in Trouble? Rising Insulin Prices Lead to Outcry and more! ›

Just sayin'
You need a LOT of coffee to sort through sources and information. I am talking a WHOLE lot.