Fire In Yosemite! EU Hits Google with Fine. AND MORE!!!

If you wish to see the tweets segment of the show, you can do that here:

If you wish to see the news segment, you can see watch that here: 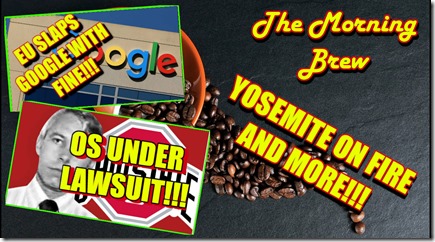 There is also an archive of the stream in its entirety on Twitch for a limited time.

(If you can’t see the video, it’s probably still rendering. Check back later.

The continuing hot and dry conditions in Mariposa county California are hindering efforts to stem the growth of a forest fire that is threatening Yosemite National Park and which killed a California firefighter last weekend, a blaze that cut short travel plans for many even though trails remained open.

The blaze tore through dry brush and timber in both the county and the park, scorching more than 19 square miles. It is threatening the destroy in excess of 100 homes and businesses and as of this report, has only 5% containment.

When you factor in the thousands of dead trees from the years-long drought and the possibility of thunderstorms looming for Thursday, many fire crews and experts are saying the erratic winds could make the problem worse.
Source

Professors William Kelley, Paul Whalen, and Todd Heatherton all turned in their resignations on under accusations of sexual misconduct. All three are alleged to have created what is being described as a “hostile academic environment” by showing favoritism, drinking excessively, and displaying inappropriate behavior.

College President Hanlon released a statement including the following quote:

“The past several months have been challenging for Dartmouth. We will now focus our attention on the work ahead to make this the best community it can be. I am encouraged by the progress have made so far and know that together we can achieve this goal.”
Source

Nicaraguan citizens, aided by the police, laid siege to and then reclaimed a neighborhood that has, as of late, become the symbol of the resistance to President Daniel Ortega’s government. the siege that began on Tuesday included armed pro-government citizens and Nicaraguan police and ended with the forces reclaiming Masaya’s Monimbo neighborhood and controlling it as well. This marks the first time since Ortega’s installation that the protesters have made significant steps in rising up against the leader.

Youths firing homemade mortars were met with well-armed forces who advanced through to the heart of the neighborhood. There have been preliminary reports of injuries and deaths but no confirmations as of this report.
Source 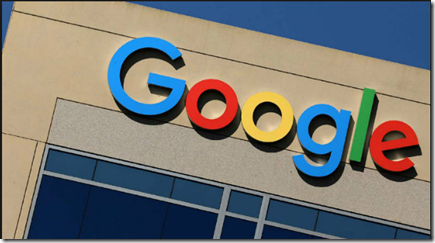 “Our case is about three types of restrictions that Google has imposed on Android device manufacturers and network operators to ensure that traffic on Android devices goes to the Google search engine. In this way, Google has used Android as a vehicle to cement the dominance of its search engine. These practices have denied rivals the change to innovate and compete on the merits. They have denied European consumers the benefits of effective competition in the important mobile sphere. This is illegal under EU antitrust rules.” – EU Competition Commissioner Margrethe Vestager

First, the EU went after Google in 2017 for its practices on shopping comparison in its search engine, and slaps the entity with a $2.7B fine. Now, the EU is after Google again for the following three reasons:

Google has stated to the commission that they have never pressured device-makers to pre-load any of their apps or services and went on to say they could only offer their services for free if they were bundled together.

A global affairs chief does not agree with the EU’s commission pursuit of the lawsuit stating, “The commission’s approach… would mean less innovation, less choice, less competition, and higher prices.”

This would beg the question as to whether the global affairs chief has been paying attention to Google’s growth and their acquisitions as of late.

The Commission has placed a $5B fine on Google for their practices, and have now turned their sites on the AdSense practices stating they are “problematic”.

When Russia went after Google for its business practices, the company conceded and now allows Russian Android users a choice between Google, Yandex, and Mail.ru as default search engines.
Source

Four Ohio State wrestlers field a class-action federal lawsuit claiming the University had full knowledge of Strauss’ acts while Rep. Jim Jordan was there and took “no steps to protect students.”

The lawsuit against Ohio State University was filed Tuesday in U.S. District Court for the Southern District of Ohio. It claims the school and Athletic Director Andy Geiger did not take action when the squad members were lodging complaints about Strauss sexually assaulting them. When questions were posed about how the students felt about the non-action, most were in agreement they felt as if the coach was “above reproach in the eyes of Ohio State” and that there complaints were “futile”.

Students called Strauss “Dr. Jelly Paws” for the way he performed the physical examinations, and the lawsuit said that the doctor did “medically necessary fondling, touching, groping of the testicles and penis, and even penetration of the anus in his examinations.”

Because of his ubiquitous presence in all of the athletic programs, it is suspected Strauss may have molested and sexually assaulted thousands of students over 14 different sports.

One of the four John Does in the lawsuit describes his stint in the 80’s and 90’s at the university and having to see the “Doctor” as feeling as if he “didn’t have a choice” and like the coaches were “feeding us to him”.

It wasn’t but shortly after Strauss’ hiring at OS that he received his first complaint in 1978, but the lawsuit says the complaint was shrugged off.
Source

These were the recommended videos for the day:

Legends of Tomorrow is a weird show…
https://youtu.be/oqoyAXplNw8
Donut Operator

Until Next Time,
Anissa “Maddy” Mathias

If you wish to support this blog and our other content as well, consider leaving a tip, becoming a patron, or a sponsor. It’s all on the website here.