This is the partial transcript for the August 14 The Morning Brew. If you want to see the edited portion of the stream, click the following picture:

(If the video does not play, it may not be done processing.)

FBI official Peter Strzok, who played a lead role in both the Russian meddling and Hillary Clinton email probes. Became a focal point when the FISA memos came out last year, showing the political bias he had against Trump while working these investigations. Strzok attorney Aitan Goelman said in a statement Monday that his client, a 21-year FBI veteran, was fired Friday afternoon, claiming this was a departure from standard practice and politically motivated. Goelman said bureau Deputy Director David Bowdich “overruled” the FBI’s Office of Professional Responsibility to remove him. “This decision should be deeply troubling to all Americans,” the attorney said. We should? this man showed nothing but contempt to Trump. He even said that he would do everything in his power to stop Trump from being elected. Which is funny to say because of the two main investigations he was a part of. The Clinton emails in which Hillary should have been charged and arrested, all the sudden was no big deal giving away state secrets because of your carelessness. Then with the Russian collusion case, he may have voided the Mueller investigation because of his tampering. Funny where is the media on that on? That this Mueller investigation may have started on false pretenses, hmmm…(insert feign shock here).

The FBI responded: “Mr. Strzok was subject to the standard FBI review and disciplinary process after conduct highlighted in the IG report was referred to the FBI’s Office of Professional Responsibility (OPR). OPR reviewed the investigative materials, as well as the written and oral responses of Mr. Strzok and his counsel, and issued OPR’s decision. The Deputy Director, as the senior career FBI official, has the delegated authority to review and modify any disciplinary findings and/or penalty as deemed necessary in the best interest of the FBI.” Strzok appeared to launch a new Twitter account to fire back, saying he’s “deeply saddened” by the decision and linking to a GoFundMe page. Reacting to the firing, the president tweeted, “finally,” while asking whether the Russia case will now be dropped: “Agent Peter Strzok was just fired from the FBI – finally. The list of bad players in the FBI & DOJ gets longer & longer. Based on the fact that Strzok was in charge of the Witch Hunt, will it be dropped? It is a total Hoax. No Collusion, No Obstruction – I just fight back!” The president over the weekend had tweeted that Strzok and others have “badly damaged” the FBI’s reputation, referring to them as “clowns and losers!” Great question Mr president.

Speaking of his Go Fund Me page… A GoFundMe page supporting former FBI agent Peter Strzok, which launched after his firing was announced on Monday, has raised over $190,000 in 14 hours. The campaign started by “Friends of Special Agent Peter Strzok” seeks to raise $150,000 to cover his “hefty—and growing—legal costs and his lost income” after he was fired. “Peter Strzok, a man who has spent his entire life working to help keep us and our nation safe, has been fired,” the fundraising page reads. “He needs your help. For the last year, Pete, his work, and his character have been the target of highly politicized attacks, including frequent slanderous statements from President Trump, who actively—and apparently successfully—pressured FBI officials to fire Pete,” it continues. “Unlike those who typically become the focus of partisan investigations in Washington, Pete is not politically connected, he’s not a wealthy lobbyist and he’s not interested in using his notoriety for personal gain.” The fundraiser’s description claims that Strzok’s “personal views never once influenced his professional actions” and notes that the FBI veteran had served the bureau for 21 years. Strzok was reassigned to the Human Resources Department after Michael Horowitz, the inspector general in the Department of Justice, discovered the anti-Trump messages. Although the texts demonstrated bias, Horowitz never found any evidence that the bias affected Strzok’s performance in the investigation (This is known as CYA, or cover your ass, this move by the FBI to say that his bias did not affect anything, is what you would expect the FBI to say in a situation like this). Before he was fired  the FBI Office of Professional Responsibility’s recommendation that Strzok be demoted and suspended for 60 days.“The decision to fire Special Agent Strzok is not only a departure from typical Bureau practice, but also contradicts Director Wray’s testimony to Congress and his assurances that the FBI intended to follow its regular process in this and all personnel matters,” Goelman said. The GoFundMe page has been shared 16,000 times and raised $197,342 from nearly 5,000 donors at the time this article was published.
Source 1
Source 2

Chemical giant Monsanto has been ordered to pay $289m (£226m) damages to a man who claimed herbicides containing glyphosate had caused his cancer. In a landmark case, a Californian jury found that Monsanto knew its Roundup and RangerPro weedkillers were dangerous and failed to warn consumers. Glyphosate, is a synthetic compound that is a non selective systemic herbicide, particularly effective against perennial weeds. This is the first time that this time has been in a trial as a link to cancer. Of course the all-powerful Monsanto denies it causes cancer and of course will appeal against the ruling. The claimant in the case, groundskeeper Dewayne Johnson, is among more than 5,000 similar plaintiffs across the US. Correspondents say the California ruling is likely to lead to hundreds of other claims against Monsanto, which was recently bought by the German conglomerate Bayer AG. Mr Johnson was diagnosed with non-Hodgkin’s lymphoma in 2014. His lawyers said he regularly used a form of RangerPro while working at a school in Benicia, California.

Glyphosate is the world’s most common weedkiller and the science about its safety is still far from settled. In 2015 the International Agency for Research on Cancer, the World Health Organisation’s cancer agency, concluded that it was “probably carcinogenic to humans”. but the US Environmental Protection Agency (EPA) continues to insist that glyphosate is safe when used carefully. Campaigners question how the EPA assessment was reached, citing evidence of what they say was inappropriate industry involvement in the decision. In Europe, too, the battle over glyphosate has been fierce. French President Emmanuel Macron is trying to ban it despite the resistance of some French lawmakers and the fact that the European Commission recently granted the weedkiller another five-year licence. With a big company like Monsanto, this fight will continue for a long time.
Source 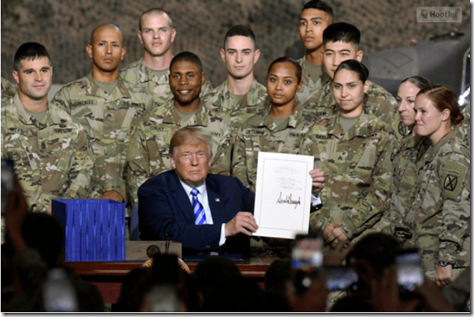 President Donald Trump went to Fort Drum in upstate New York on Monday to sign the nearly $717 billion National Defense Authorization Act, which includes a 2.6 percent military pay raise and could set the stage for creation of a Space Force. Trump never mentioned Sen. John McCain, R-Arizona, a harsh critic who is battling brain cancer (why is he still in office!?!?!), in his remarks to troops at the base, home to the Army‘s much-deployed 10th Mountain Division, although the bill is named the “John S. McCain National Defense Authorization Act for Fiscal Year 2019.” Trump remarked, “This year’s NDAA represents an important opportunity to implement an effective approach to confront a growing array of threats,” adding that the administration’s National Defense Strategy “outlined a framework for identifying and prioritizing these threats,” with an emphasis on building readiness to deter China and Russia. With this bill the funding is now in place for the 6th Military branch; the Space Force (sorry, the theme of Star Wars is playing in my head right now). Trump devoted much of his speech to touting job creation and the economy, but said the NDAA will boost the size of the military by 15,000, while adding 13 new ships, 77 F-35 Joint Strike Fighters and full funding for the new strategic B-21 Raider bomber. He said the Army will get 135 “brand-new” Abrams M1A1 tanks, 60 Bradley fighting vehicles and new Black Hawk and Apache helicopters for the Army National Guard. “Our bases and vital equipment were allowed to fall into a state of disrepair” under the previous administration,” Trump said, but “this authorization gives America’s warfighters the firepower they need to win any contest.” The 2.6 percent pay increase would be the biggest for the military in nine years. Estimates are that the pay raise will translate into about $670 more annually for junior enlisted troops and about $1,300 more for senior enlisted and junior officers (you don’t join the military for money, no get rich scheme here). Either way this is a big boost to the military and well deserved in my humble opinion.
Source

Meanwhile on the left… 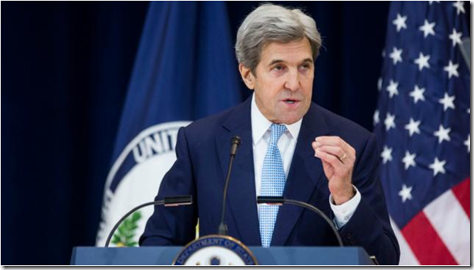 “Disgraceful – but nothing will erase for an instant the legacy John McCain has written and is still writing every day,” Kerry tweeted shortly after Trump concluded his remarks. Like McCain, Kerry served in Vietnam (and testified against his brother in arms by telling lies and deceit to Congress, this man is a traitor, but what do you expect from the left, the moral character is not their strong suit). The president did not mention McCain’s name at any point, instead referring to the bill simply as the “National Defense Authorization Act” on multiple occasions. McCain, who has been at home in Arizona for the last several months undergoing cancer treatment, has been an outspoken critic of Trump’s rhetoric and some of his policies. He was among the strongest GOP critics of Trump’s meeting with Russian President Vladimir Putin, calling last month’s summit “disgraceful.” Once again why is McCain still senator? He cannot do his job effectively and therefore he needs to step down. End of story, I don’t care, what his past is, or what kind of service he had in the senate, he can not do the job, so step aside! Trump has a history of mocking McCain, including over his service in Vietnam, where McCain was held as a prisoner of war. Trump made light of the fact in 2015, saying, “I like people that weren’t captured.” Trump is right and wrong, McCain was not a hero for being captured. His Heroism comes from the fact that he never gave into the whims of his enemy. He followed the conduct of what it means to be a soldier till he was released finally. He still served, he wore the uniform, and in the position he was in, did what he had to do, and in that respect he is a hero. More recently, the president frequently chides McCain at campaign rallies and White House events for voting against a “skinny” repeal of the Affordable Care Act last year, helping to doom the effort in the Senate.
Source