There is a push in South African Parliament. That push is the land expropriation bill. The first mention of the amending of section 25 of their constitution was in 2015. It is for this reason I have included that section in this post. As you can see, it directly refers to land, the ownership thereof, and also compensation of said land to the owner should the land be expropriated for public use, meaning parks, recreation, and government projects and so forth.

According to Constitutionally Speaking, land is seen as a social good and there is a fine balance between the property owners and the interests of the people as a whole. Historically, the people were denied property rights during the colonial and apartheid eras. As I had guessed, this section allows the government to expropriate and redistribute the land to suit the purposes of the public.

Due to the fact much of the land is used to produce crops and other food sources for South Africa and paid what was market prices for said property at time of purchase, this section makes it illegal to deprive the owner of their land without compensating them. This compensation can either be agreed to through a contract or arbitrated through courts of law.

What does this mean? It means that the land can, indeed, be expropriated even if the seller has not agreed to sell their property or is flat out refusing to sell it; however, there must be compensation.

It started with Jacob Zuma 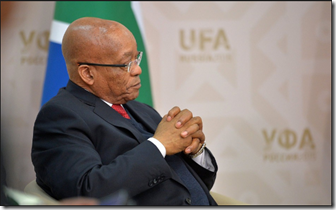 What may not be widely known about the proposed changed to Section 25 started in 2015 with then President Jacob Zuma. On January 10, 2015, during the 103rd birthday of the African National Congress (ANC from here out), he referred to the “Willing buyer-willing seller” part of the section and said is was not a working model and that expropriation would be in cards for South Africa moving forward. He went on to say the system would be put into action by the end of 2015 and it would be in accordance with the constitution.

“…we are concerned about the pace of land redistribution and we need to balance restoration, economic development, and food security when we deal with the land issue. We reassess the correctness of the Constitution, but reiterate that the UV, the usage of the willing buyer-willing seller policy has had unsatisfactory results.”

Julius Malema on September 19, 2015, put the US Chamber of Commerce on notice by stating they would have to deal with state owned land if the Economic Freedom Fighters came to power. He boasted to corporation representatives that they would either “take it or leave it.”

We would not hear from him again until March 3, 2017, when the press reported he addressed parliament and called on them to change the Constitution outright, mentioning a “pre-colonial land audit of land use and occupation patterns.” He also called on the black parties to unite as they would need a two-thirds majority to ratify the Constitution. By this time, Zuma had found himself embroiled a number of scandals, which made ANC suffer one of the worst election results since the end of apartheid. 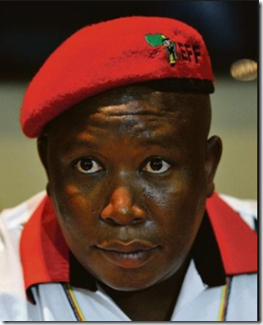 It was also during this time Julius Malema, leader of the Economic Freedom Fighters, started to apply pressure to the ANC and also insisting that black Africans take back their land from “white invaders” and “Dutch thugs”. He also pushed for the land to be taken without compensating the land owner. He was quoted in an article saying, “People of South Africa, where you see a beautiful land, take it, it belongs to you.” This was a month after Zuma had mentioned the same thing in a opening statement to Parliament.

On February 27, 2018, all seemed to be rolling in favor of the expropriation as the National Assembly adopted Malema’s motion, which was subsequently passed with a 241-83 vote in favor of the change to the Constitution. The Democratic Alliance (DA) tried to fight back, saying there was no need to amend the section, but the failures of the past 25 years did not support their assertion.

The DA reasserted that the expropriation would hamper and possibly scare of potential investors, which would hamstring the economy.

The ANC had promised reforms in this direction stating that white people still owned most of South Africa’s land after having taken it centuries earlier during the colonialization era.

On February 28 of the same year, the motion was handed to the Parliament’s Constitutional Review Committee, who’s job it was to decide whether the Constitution should be amended and how the expropriation without compensation would be handled. The ANC declared:

“[The] conference resolved that the ANC should, as a matter of policy, pursue expropriation of land without compensation. This should be pursued without destabilizing the agricultural sector, without endangering food security in our country and without undermining economic growth and job creation.”

President Cyril Ramaphosa was witnessed stating that the expropriation will be explored to make sure it did NOT undermine the aforementioned growth or threats to food security.

MPs serving on the Constitutional Review Committee approved the amending of Section 25. They gave the nod to change the “willing buyer-willing seller” to expropriation without compensation. This was met with disdain from the MPs of the DA, Congress of the People, African Christian Democratic Party, and Freedom Front Plus. All parties claimed that procedural flaws had been committed in regards to the processing of hundreds of thousands of submissions, both oral and written.

The Parliament is now responsible for establishing a mechanism to make the amendment take effect. A committee will listen to testimony and other statements before finally recommending the change to the constitution.

What the Democratic Alliance foresaw…

As everything is now being put into motion to take land without compensating the owner, investors are now nervous according to a senior World Bank group executive. On top of ballooning debt, corruption among the parties in power, the farm attacks, the industrialized economy is struggling.

No country can survive with this much corruption and outright seizure of land. I would not blame existing investors if they pulled out and potential investors steered away from this obvious powerplay. Would you risk investing in an economy with this many problems? With their constant denial of escalating violence? And now the possibility of having to deal with the government when looking for land on which to establish a business? I wouldn’t. Let me know in the comments below what you think.

Like Loading...
‹ Square: Do YOU Know the Best Time to Buy a Christmas Tree? Op-Ed
Paypal bans Bitchute, Acosta gets pass back, Discovery SA Angers White Clients, and more! ›